New update broke all my obs actions in commands & alerts 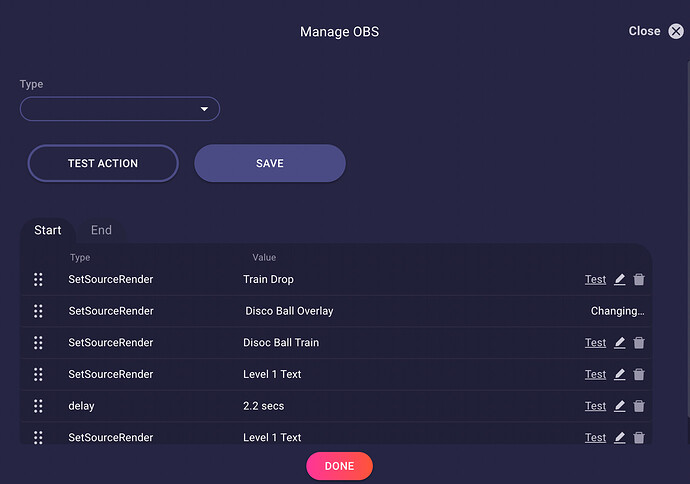 5- After update, all of my commands and alerts that triggered OBS started to only halfway work. Some OBS actions would turn on an overlay, but then it wouldn’t turn off. When I went to edit them each action type / scene / source are empty.

My only option to make them work currently is deleting and rebuilding the actions, but the scene source search seems to also be broken. Takes some serious work to get the correct scenes and sources to populate so they can be chosen.

I’m hopeful that this is a known issue and someone has found a workaround. I really don’t want to have to rebuild everything I’ve set up over the last year.

What OBS and WebSocket do you use?

Do you use a lot of groups rather than nested scenes? 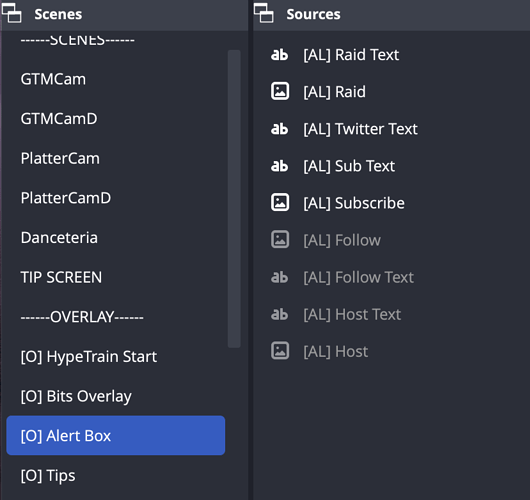 Everything worked fine right before the update. Only afterward was I unable to edit my OBS actions. They are still setup and trigger initially but don’t complete. When I click edit, it used to show me the variables I chose and allowed me to see only the source options under the scene I chose. Now, when I click edit TYPE comes up blank. I have to choose a different TYPE and then back to the one that was setup. when I choose a Scene, the sources give me ALL my source options, not just the ones that relate to the Scene.

I see. So OBS changed a lot of their language with version 28. So we also needed to update these for Websocket 5.

There are 2 possibilities. Either you use the Websocket 4.9.1 compatibility app and connect Lumia via WebSocket 4.
Or you really need to redo the parts which are not working.

Unfortunately, there was no compromise as they suddenly released really fast their new stuff and people jumped on it like crazy.

Here’s a little tutorial about the compatibility tool 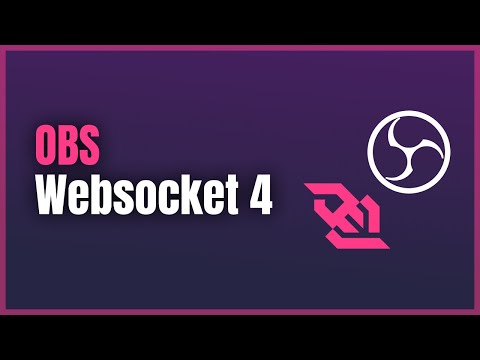