How to set up your Queue

Lumia Stream lets you decide how your Queue works. Should it fire every command directly or queue them, or do you prefer Extension commands to take precedence over an Alert?

To set this, we first go to Queue via our navigation bar on the left.
On this page, we can see which commands or alerts are currently in the queue and which have already been executed. 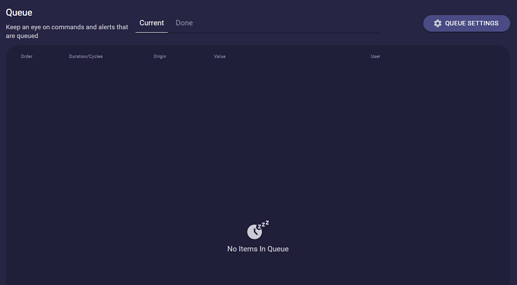 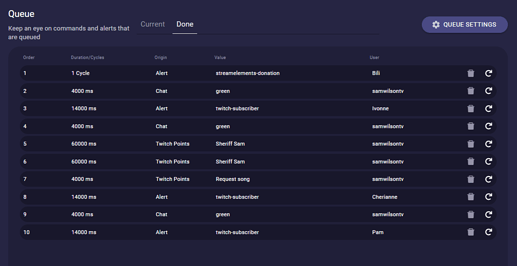 Now we go to Queue Settings at the top right.

Here we have various setting options.

Delete current activity if it is overridden by another activity: This means that the currently running command is overwritten according to priority. For example, chat commands are always of equal value and are placed in the queue one after the other. Since I prioritize twitch points more highly, a twitch point command overwrites the chat command that is currently at the top of the queue. The same would happen with the twitch point now if an alert came in at the same time, as these are in the highest position for me. The chat command in second place remains and triggers as soon as position 1 is finished.

Make all items that enter the queue equal and added to the back of the list. This will ignore the order completely: I think this option speaks for itself. All commands, whether chat commands, twitch points, extension commands, or alerts, are simply played one after the other. 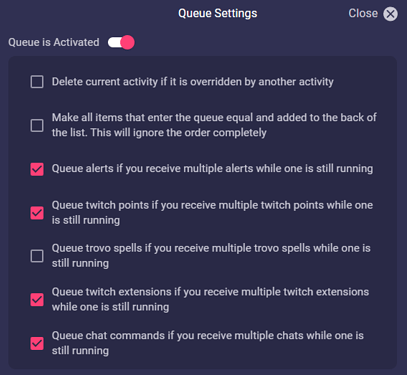